Making the Connection to Digital Learning

The Perils of Outdated Classrooms
At one time, classrooms were isolated and separated from the world—students listening to teachers, taking notes, hoping to remember tidbits to regurgitate later on exams and pop-quizzes. Their will to succeed, or perhaps their fear, kept them awake, not their engagement in the learning activity. Educators who cling to the old ways do so at the peril of the students they teach.
We are, like a speeding bullet or train, heading into a digital world that is no longer simply "emerging," it is blooming every day: new tools, new sites, new social media strategies. It's easy to say, "I don't have time for that," or, "I don't want my kids lurking around the Internet, it's too dangerous." While both of those statements are true in some way, K-12 teachers who ignore the world in which their students live, leave them to fend for themselves.
Yes, it's important to connect students to S.T.E.M. career resources and awareness, but it's just as important to train them in the effective use of the digital tools and social media sites that could be utilized in the classroom.
Several years ago I heard Ian Jukes speak at an education conference. His passion filled the room. I thought, "Is this guy on something?" I later decided that he is one of those rare people who are doing what they are meant to do, and doing it with gusto. He is a champion for 21st century learning, so to speak. To this end he is a prolific speaker and blogger and author. I recommend his blog: The Commited Sardine. You can commit too by visiting the blog and subscribing.
Do you know about flipped classrooms? Would you like to learn more about global classrooms, gaming for learning, and learning with handhelds? If you want to spend a little time catching up, understanding digital kids, subscribe to his blog. No, I'm not working for the guy, I never met him. I beleive he is someone who can help anyone who wants to get onboard the train and help guide the kids who are using digital tools to play, to use those tools to learn. The peril is in becoming irrelevant.
Posted by Camille Cole at 1:35 PM

I appreciate your input and will review your post promptly. 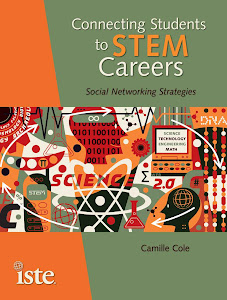